4 Must-Haves for a Heavy Kettlebell Press

A few months ago, I was in Chicago assisting with the SFG (Strong First Girya) certification.

While I was there, I tested for the SFG Iron Maiden title, which consists of three lifts with a 24 kg (53 lb) kettlebell; a pistol, a press and a pullup.

I don’t think I’ve ever been so nervous as I was standing in front of 150+ people for my press attempt.

I weighed in at 123 pounds that day, and was holding just under half that much in my hand.

I had only hit my press with the 24kg once during my training, when I hit the top of my strength cycle a few days before. It was the lift I was most concerned with, because presses have the most potential for something to go wrong.

(Credit for all photos: Mandy Whitley)

Here’s a list of “must haves” to hit a heavy press.

The more tension created throughout the body, the easier the KB goes up. The biggest mistake is thinking a press is an “arm” exercise. It’s really a whole body exercise.

A few minutes prior to my attempt, Master SFG Jon Engum was speaking to the new SFG candidates, and said “Pressing makes us happy.”

I nailed my press, and as you can see, Jon is right. 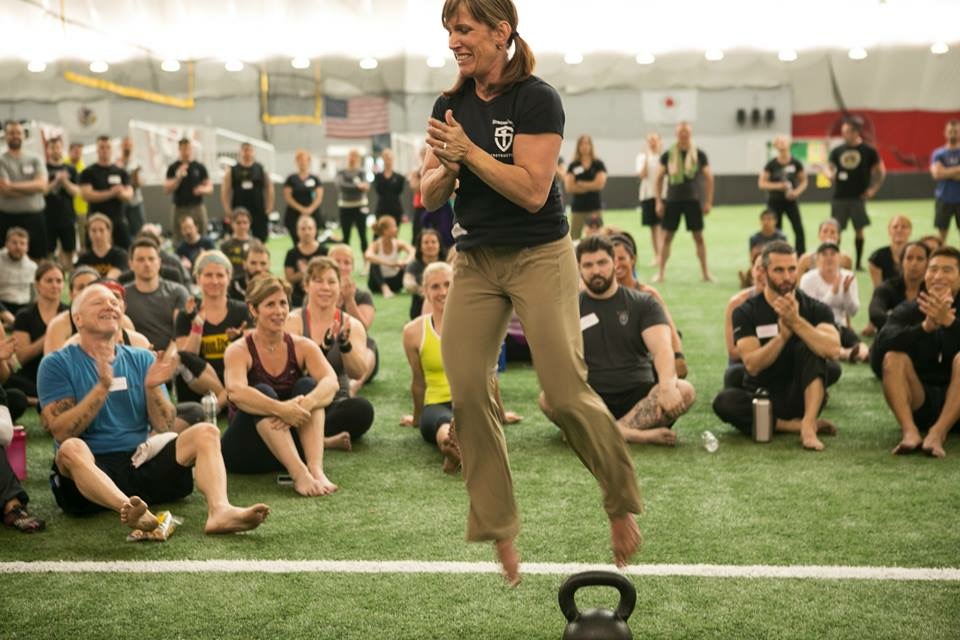 I didn’t get the IM that day. After my press I hit a 24k pistol, but couldn’t get the weighted pullup locked out.

Don’t worry IM title, I’ll be coming for you again!