There have been four regions of the world identified because their inhabitants live exceedingly long, healthy lives, known as blue zones.

One of these is the Nicoya Peninsula of Costa Rica.

I found myself here about two weeks ago after impulsively booking a last-minute plane ticket and boarding a flight with a small backpack and no plan.

After a six hour drive via 4×4 over a steep, slippery mountain pass which we later learned was supposed to be closed to vehicle traffic during the rainy season, I was standing inside the Nosara Tico Surf School with a board under my arm trying to figure out where I’d be sleeping for the next week. 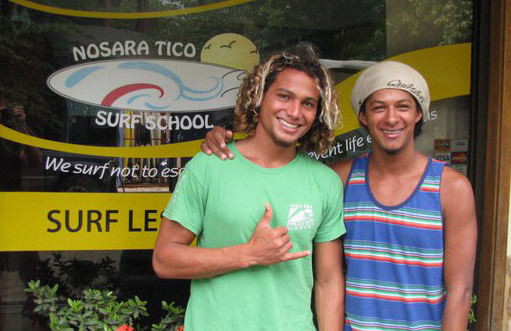 It was the low season, so most businesses were closed. I was the only guest at my hotel, located about 100 yards from the beach. I could hear the waves but could not see them through the jungle. 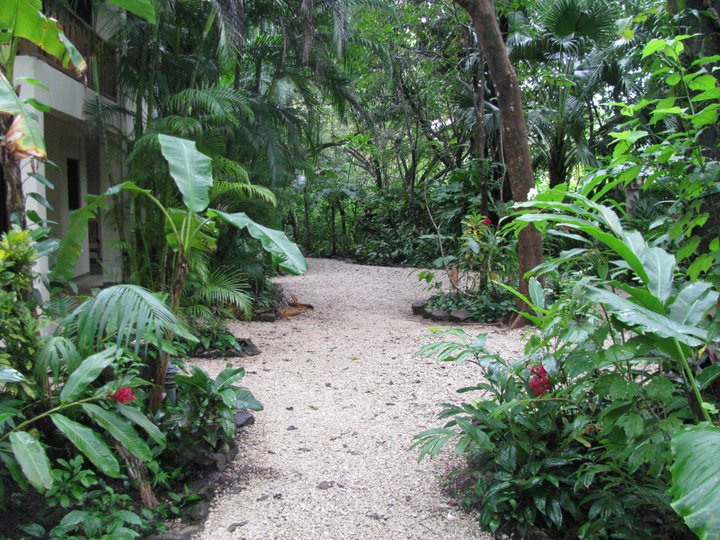 My days in Nosara revolved almost entirely around surfing and the tides. Along with the board, I paid for a few surfing lessons from Esteban, the co-owner of Nosara Tico Surf School.

This is the best thing I have ever done for improving my surfing and was an incredibly humbling experience. Esteban, on a tiny board about as thick as a piece of plywood, would flit back and forth around me, periodically catching a wave and riding it’s length before popping back over and landing back at my side while the whole time I was laboring endlessly to make it outside the surf zone. He was like one of those lizards that could run across the surface of the water.

I spent quite a bit of time hanging out at the surf shop and immersed in the surf culture in Nosara. One of the biggest things that struck me was the incredible physical condition of the surfers. Esteban and Luigi are both lightly muscled without an ounce of fat. They can paddle tirelessly through waves that leave me exhausted and then pop up and ride with world class precision. I’m not a very big guy, but standing next to them I couldn’t help but feel overfed.

Esteban, shown in the picture at the top of this article, has a better physique than all but a tiny percentage of men in America. Yet, he has never set foot in a gym, bothered with supplements or put much thought at all into what he eats. He just surfs and lives his life.

When I asked Luigi what they do for fun when they aren’t in the water, he shrugged. “I just surf. Sometimes I like to travel to other places, like Nicaragua, and surf there.” They live in the water. When they aren’t surfing, they’re enjoying long, slow meals with friends and family or just relaxing in each others company. It’s a lifestyle they refer to as “Pura Vida,” pure life. I could see why people there lived so long. They live with simplicity, happiness and purpose.

In America, the fitness world revolves largely around trying to look like something. Most guys would kill to look like Esteban. I’m sure that somewhere out there is a program that can be done in a 24 Hour Fitness in Indiana that will make one “look like a surfer.”

Somehow, when people see the bodies of people like surfers, climbers or MMA fighters, the first thought that comes up is that they would like to look like they are those things. They want a workout or diet plan that will make them look like people who live these lifestyles and they will put considerable time and energy into attaining this.

It’s about the appearance. The illusion. Bodybuilders spend all their time pumping and building large, pretty muscles to create the façade of strength and masculinity with actual physical capability being only a secondary consideration at best. Somehow their particular form of male modeling became a method of pursuing strength, fitness and health.

I say, rather than trying to attain the appearance of one of these things, become them. Stop trying to gain the upper back development of a climber and go climbing. Forget about your workout routine that is supposed to give you the lean, ripped physique of a surfer and go surfing.

MMA fighters are possibly the greatest example of all-around athleticism. Thousands of people go to gyms and perform “MMA workouts” in hopes of developing the physical appearance of a fighter. Stop it. Go join an MMA gym and train in Muay Thai and Brazilian Jiu Jitsu. There are good MMA gyms in almost any city. For 400 dollars you could buy a plane ticket and be paddling out next to Esteban tomorrow. You can go climbing for the price of a pair of shoes and bag of chalk. Rocks are everywhere. So are indoor gyms if it’s winter time. Live a life with some substance. With some actual experiences.

Here, you will actually fall. You will feel the rise of panic in your chest as a wave slams your body underwater and your first breath upon finding the surface is met by another wave. You will feel what it is like for another person to submit you, to have control of your body to such an extent that without your tapping a signal of submission, he or she could break your arm or choke you to death. This is what life feels like.

There can be no lies. An unfit body will be revealed immediately, regardless of appearance. The strength and work capacity that is needed will grow, and the useless fat will go away.

Sure, you can come up with workouts in a gym to attempt to emulate the bodies of real athletes. At a glance, people might even mistake you for one. But what’s the point? It’s like being satisfied with the picture on the menu without ever tasting the food.

This is your life. The feeling of elation and pure joy; pura vida, that you will experience the first time you catch a clean wave on a surfboard blows away anything you could possibly feel from playing around with a barbell in a gym. Do you really want to look back on your life and see nothing but fluorescent lights and dumbbells?

There is a place for gyms and “working out.” I know this. I have started two of them so far. They are a place to develop the strength, mobility and work capacity you will call upon in the real world. They are places to repair injuries and optimize movement patterns. When you can’t make it to the ocean, the rocks, the mountains or you don’t have your usual training partners they provide a place to maintain and improve the condition of your body until you can.

Gyms provide a means to an end. Don’t work out for the sake of putting in your time and feeling better about the enormous plate of pasta you ate last night while watching tv. Train your body so that you are more capable in the real world. Use that time to enhance the activities in the rest of your life, not replace them.

Stop pretending. Stop trying to look like something and go be something.