The first consideration taken when including any exercise in one’s program is its purpose. You must know what movement pattern and energy systems are being trained, and then you must know how to correctly perform the movement in order to get that effect.

In the case of a staple movement like pullups, the primary movements being trained are retraction and depression of the scapulae and extension of the glenohumeral joint.

I’ll try to minimize the anatomical nerd-talk as much as possible here, but it’s important to have a basic understanding of these functions.

Extension of the glenohumeral joint means pulling your upper arm down and back. It does not refer to the position or movement of the scapulae, aka the shoulder blade. The primary muscles driving this extension are the latissimus dorsi, the posterior head of the deltoid, the pectoralis major, the teres major and the long head of the triceps brachii.

The scapulae can move all over the place and there are quite a few terms to describe these motions. The two we’re going to concern ourselves with today are retraction and depression.

Retraction is the act of squeezing your shoulder blades together. This is driven by the fibers of the lower and middle trapezius and the rhomboids with some assistance from the latissimus dorsi. 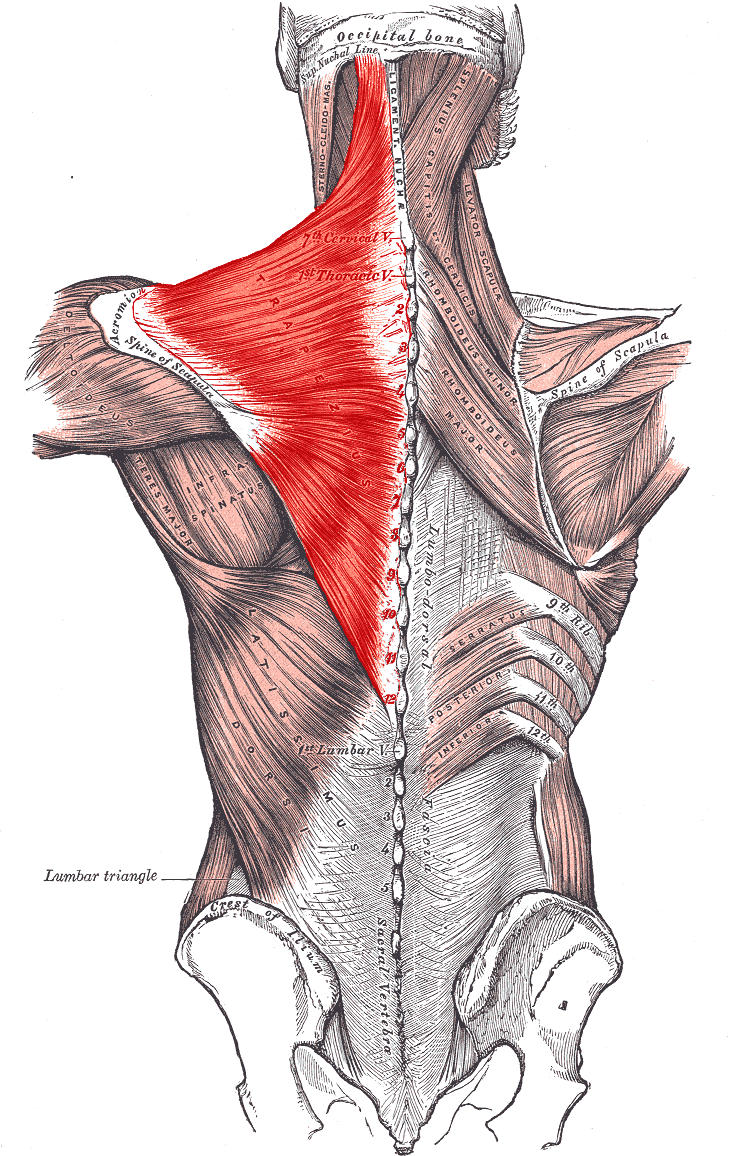 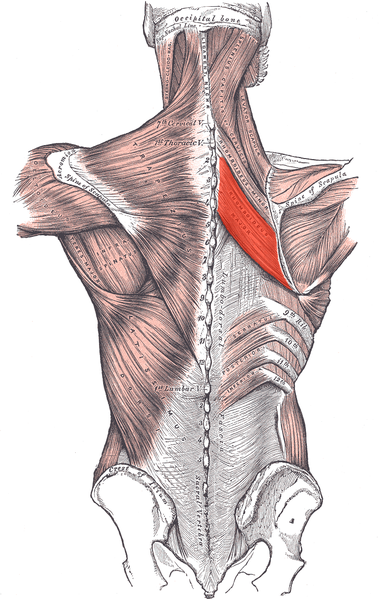 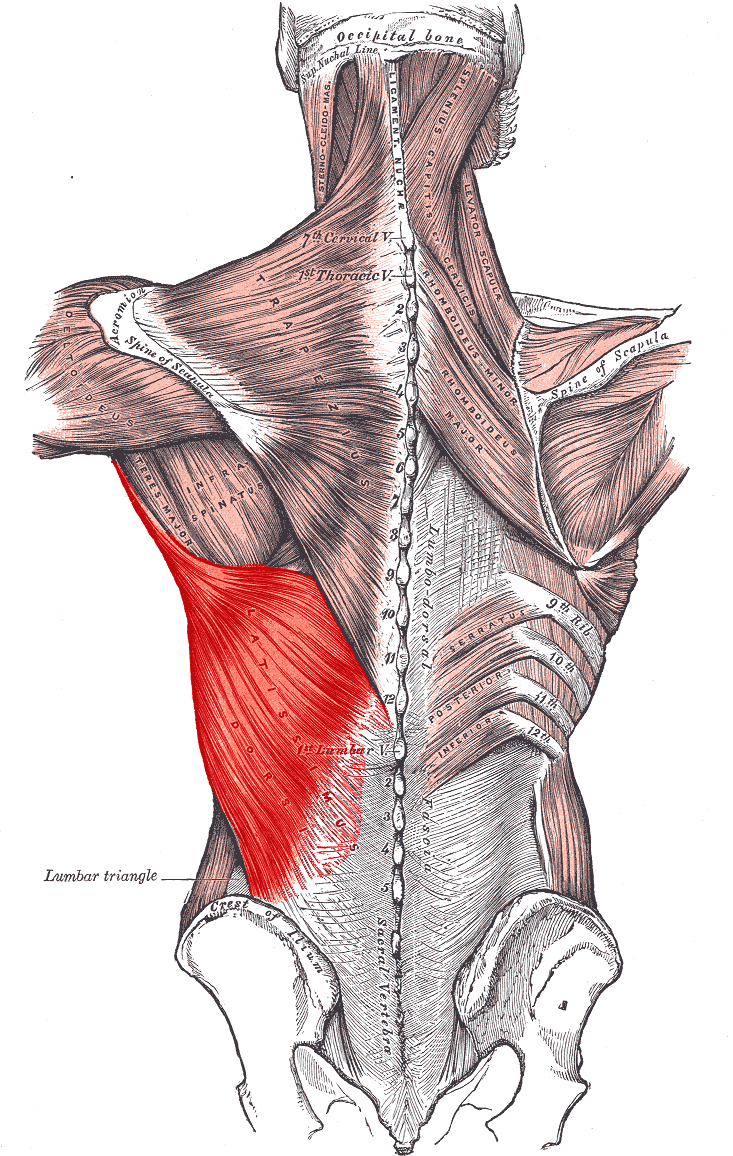 Depression is pulling your shoulder blades down, towards your back pockets. This movement is driven primarily by the lower trapezius and the pectoralis minor with some assistance from the pec major and lats. 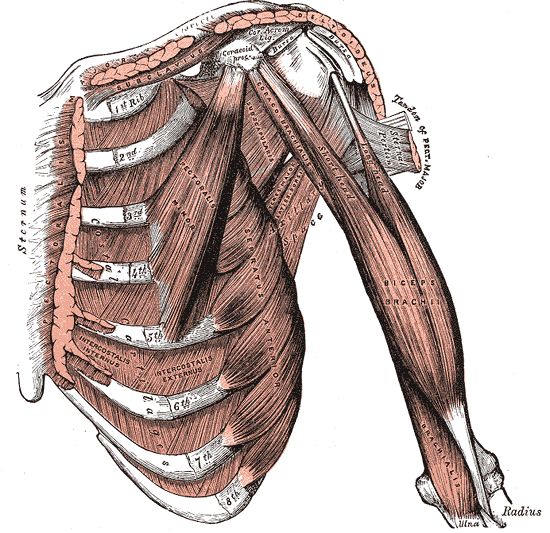 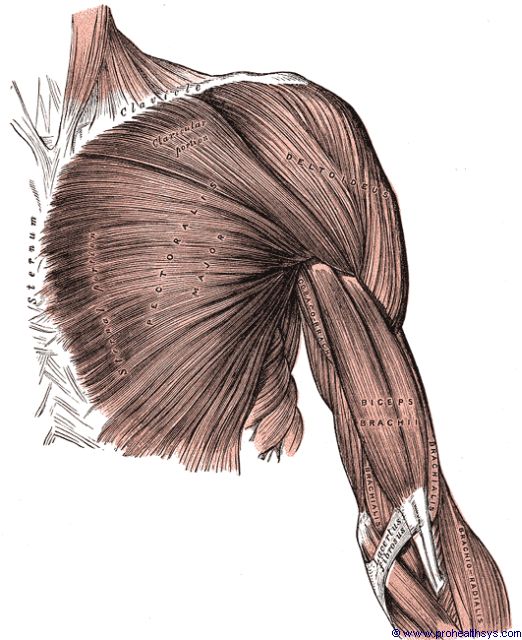 Note that the movements being trained by the pullup are driven by muscles on both the front and the back of the body. The pecs play roles in both glenohumeral extension and scapular depression.

Now, let’s see what happens when an average client, let’s call her Jane Doe, walks into a gym for the first time and starts doing some pullups.

In a perfect world, every joint in Jane’s body is balanced by muscles producing roughly an equal amount of force on either side, and with equal degrees of tension and tissue quality. But Jane does not live in this magical world. She lives in the real world and like just about everyone else, her body has preexisting imbalances. Some muscles will have abnormally high or low levels of neurological activation and some will be tighter and have greater levels of fascial adhesions preventing quality mobility.

In this case, the neurologically overactive muscles will be on the front of the body, the pec major and minor. These muscles are also more likely to be bound up with tissue restrictions and may even be physically shortened after years of excessive tension. Many of the muscles in the upper back, which serve as antagonists to the muscles in the chest will be neurologically inhibited and chronically lengthened.

So what does this mean when Jane starts doing pullups? The dominant muscles will produce the movement. This means that the pec major and minor will be driving the motion with only limited input from the muscles in the upper back, particularly when it comes to action at the scapulae.

The pec major is involved in glenohumeral extension, but it also adducts the humeri (upper arm bones). This means that it pulls the arms towards the center of the chest.

The pec minor is a prime mover in depression of the scapulae, but rather than retracting (squeezing together) the scaps, it also protracts them, which means to pull them around the sides of the ribs towards the front.

So instead of the pullup being finished with the shoulder blades squeezed down and back and the elbows just behind the rib cage like this:

… it’s finished with the shoulder blades spread apart (protracted) and the upper arms pulled towards the midline of the chest (adducted), like this: 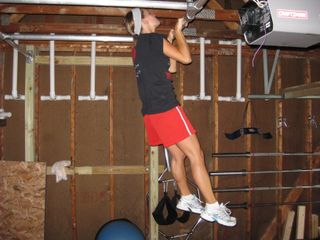 We call this the squirrel pullup.

Let’s go back to the start of this article. In order to include an exercise into a program, you have to know what movement pattern it should be strengthening and how it must be performed for that result.

If you break down the actions in the squirrel pullup, the pec minor is being used excessively to drive movement at the scapulae. It functions to both depress and protract the scaps and is overpowering the muscles which should be retracting the scaps. The motor pattern being trained here is mainly protraction and depression of the scapulae, which is not the purpose of the pullup.

In fact, performing this exercise in this manner will exacerbate Jane’s already tight and overactive pec minor and worsen the stability of her shoulder girdles. If she continues getting “better” at pullups performed this way, she will eventually have not only terrible posture, but significant impingement issues in her shoulders.

I see the purpose of any form of exercise to come down primarily to improving movement quality. The squirrel pullup is a flawed, injurious movement pattern that is worsening movement quality with every rep. If you or someone you’re training is doing this, you need to know how to identify it, how to fix it and how to prevent it from the start.

You already know what it looks like, so here’s how to fix it.

We can break the muscles in this movement down into two categories: Tight and overactive and lengthened and inactive.

In a person standing tall and relaxed, the palms should face directly towards the hips and the acromion process should be directly below the mastoid process (think of the middle of the shoulder joint and the little space just behind the bottom of the ear). From the back, you should be able to see that the scapulae are pretty close to fully retracted, which means that the inside borders are close together. If you were to slide your hand across the upper back, you would touch the shoulder blades and not the spine.

What you’re more likely to see with Jane is palms that face rearward like Fred Flintstone, a shoulder capsule that is pitched anteriorly (towards the front) and if you were to slide your hand over her upper back you’d hit her spine because her shoulder blades are spread so far apart that they now sit on the sides of her ribcage. 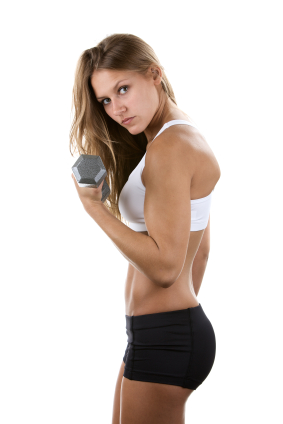 Note the position of Jane’s shoulder capsule and scapula

There will be two separate approaches. The first will be to strengthen and activate the weak muscles (low traps, rhomboids, mid traps) while mobilizing and lengthening the overly tight and shortened muscles, which are the pec major and minor. The second will be proper cueing.

For squirrel-prone athletes, you’re going to have to lengthen and mobilize the pec minor and major before, and even during, the workout. You can do this with a variety of drills like broomstick mobilizations, partner assisted stretches and doorway stretches.

At the same time, you’re going to have to activate and strengthen the muscles that retract and depress the scapulae, primarily the rhomboids and mid and lower traps. This can be done with any number of exercises such as the T Raise, Y Raise, the upper body portion of the Overhead Squat Activation I wrote about a  few weeks ago or almost any horizontal pulling exercise done with emphasis on clean scapular retraction, with care taken to avoid pec minor involvement.

Depending on the severity of the movement inefficiency, you may be able to add the appropriate mobilizations, activation movements and cues and see an immediate switch from squirrel pullups to quality movement. In some cases you may need to add band assistance in order to bring the movement down to the lower strength level available in the new motor pattern but this will generally be only for a short time.

This brings us to proper cues. As we’ve just discussed, there is a lot more to a properly performed pullup than just getting your chin over the bar any way you can manage. Points of performance you should be looking for are that the bar is being pulled to the chest, the elbows are being drawn to just behind the rib cage, the hands on the pullup (with the palms facing away) are outside shoulder-width, the sternum is being lifted towards the sky, the head and neck is carried neutral or slightly extended and not pitched forward and that the scapulae are being consciously squeezed down and back “towards the back pockets.” 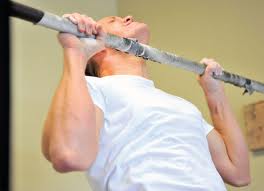 This is a poorly finished pullup. The bar should be pulled all the way to the chest.

By cuing your client with these points, and often physically touching their mid and low traps to key them in on the muscles they should be focusing on, you can often correct their form immediately as long as the appropriate mobilizations and activations have been done first.

If they’re still stuck and can only finish the movement in the squirrel position, then this movement is currently too advanced for them and needs to be regressed in order to allow time to strengthen the correct movement patterns. Instead of pullups, the client should start working on lower-load horizontal pulling (scapular retraction) movements like row variations and vertical pulling motions like Mike Robertson’s brilliant Half Kneeling Cable Pulldown.