IF NOT NOW, WHEN?

Very few people should be exercising so they can get better at exercising. The squats, pullups and sprints we do aren’t the end goal. They’re to strengthen and develop our bodies so that we’re free to do the things that bring us meaning in a physical world.

This doesn’t mean that we should all be auditioning for Red Bull commercials and spend our weekend jumping a skateboard out of a helicopter into a swimming pool. A physical life exists on a broad continuum and can be expressed through anything from hiking to the top of a cliff in Southern Utah and jumping off it with a parachute to riding a bike to the park with your kids to play tag.

These columns are dispatches on places in the world worth going to at least once. They allowed me experiences that have created little flashbulb memories which I will carry with me for the rest of my life, look back on and think, “that’s what it was all for.”

When I travel alone, which is most of the time; I often do a bit of research on the place beforehand, write a few notes, email addresses and phone numbers in my little book, and make solid plans going no further than where to stay for the first night.

This process brought me to a small courtyard in San Jose, Costa Rica, trying to decide where I would be by the end of the day for the beginning of a 30-day trip. I had heard of a place on the Northern Pacific Coast with mountain bike rentals and what looked like some really nice singletrack from Nadine Pisani’s blog, Happier Than a Billionaire.

I called to make sure that it wasn’t raining and confirm that they’d be open, asked for a few ideas on where to stay, picked a hotel more or less at random, reserved a room for the night and started driving.

The first thing that struck me about Pura Vida Ride was that this was not a business run by amateurs on a shoestring budget. The shop was immaculate, with pristine high-end mountain bikes and kayaks on display in the front. This place would exude professionalism anywhere in America. Hidden away in Central American rainforest on a secluded beach, it’s even more remarkable.

I chatted with one of the owners, Jake, as he measured out freshly ground espresso beans for the first coffee I’d had in three months and learned at least one of the reasons behind this. Jake is the former CEO of Spyder, and knows more than a little about making a business successful. 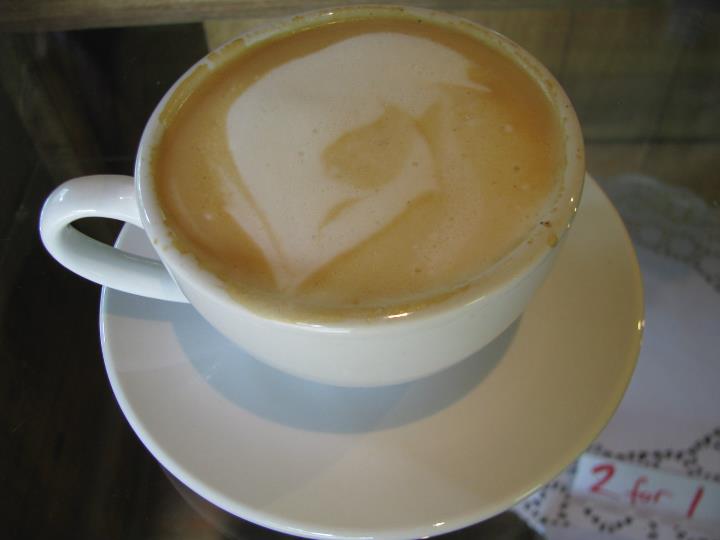 The trail system consists of a singletrack loop of over ten kilometers through pristine rainforest, out onto a peninsula overlooking the Pacific Ocean, with a much more extensive network under construction. 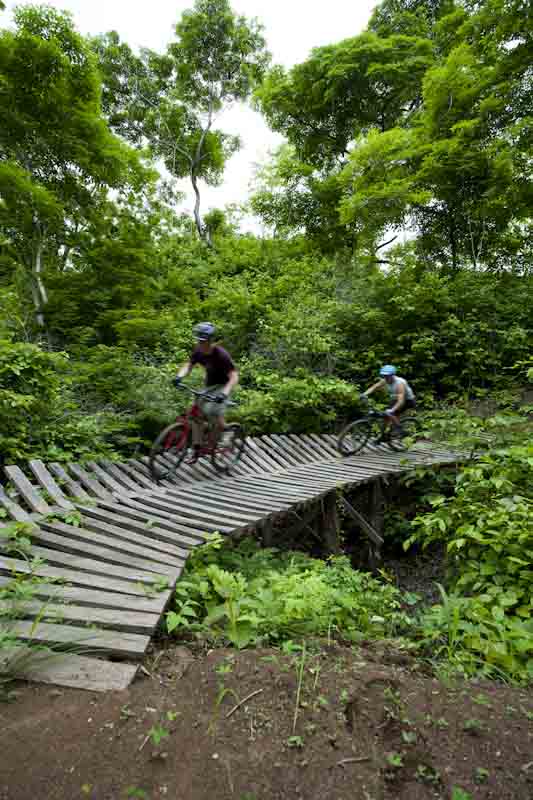 I didn’t take a camera with me on my first day, wanting to immerse myself in the experience as much as possible without distraction, but still found myself stopping periodically just stand and look in awe at the scenery around me. It was the beginning of the rainy season, which meant that everything was lush and green and that I was the only person on the trail. In two days of riding the only other people I saw on the trail were workers doing maintenance and building new track. 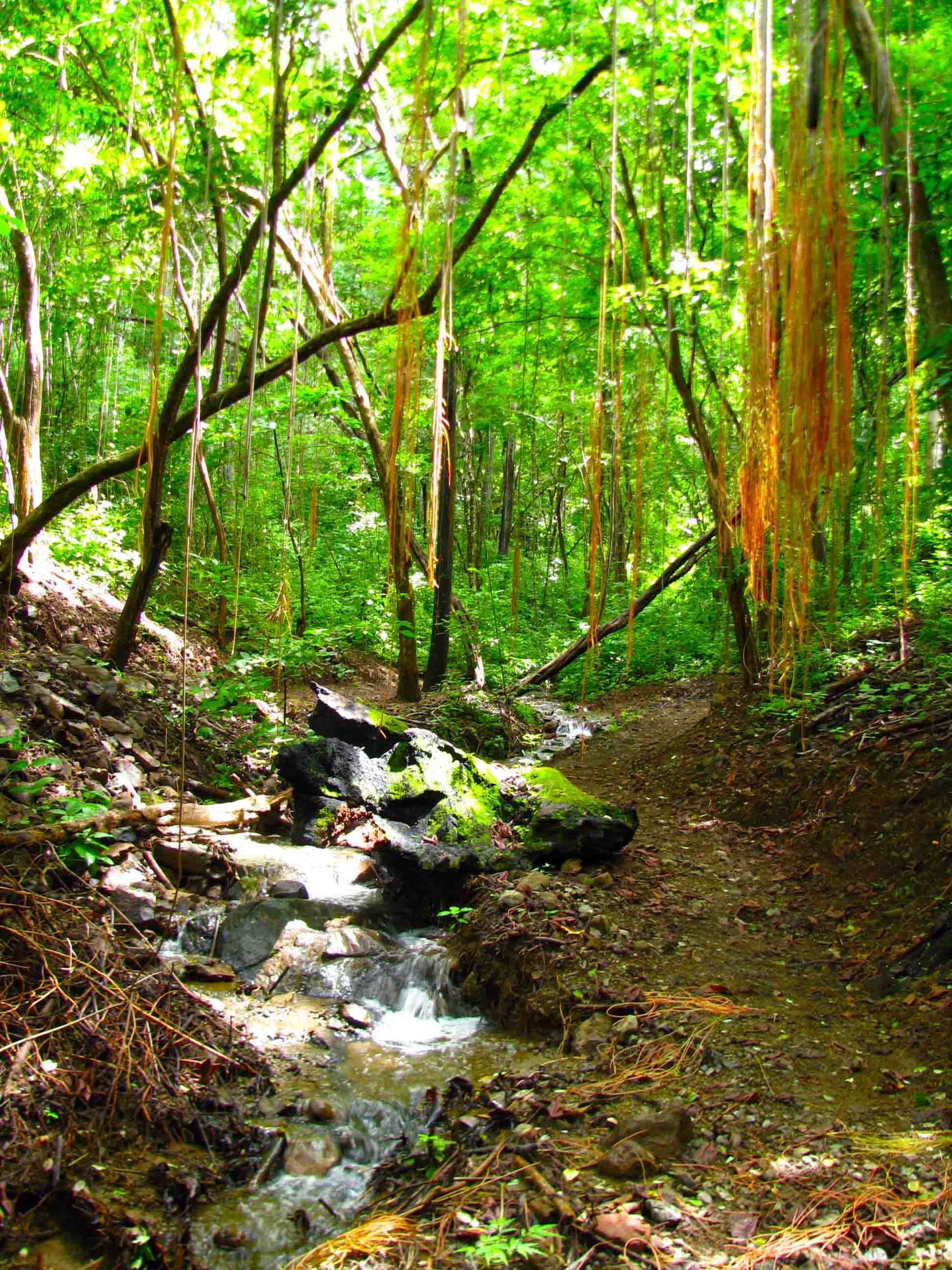 I would carve through dense jungle, past hanging orchids and a rushing creek and then pop around a corner and see the Pacific Ocean glistening below me. The only sounds were the slight breeze, birds calling and my own breathing. How this place is not on the cover of some mountain biking magazine, I have no idea. 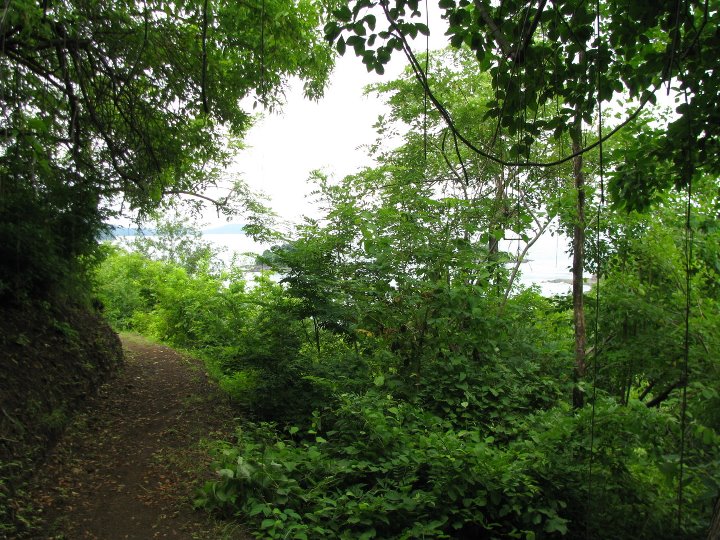 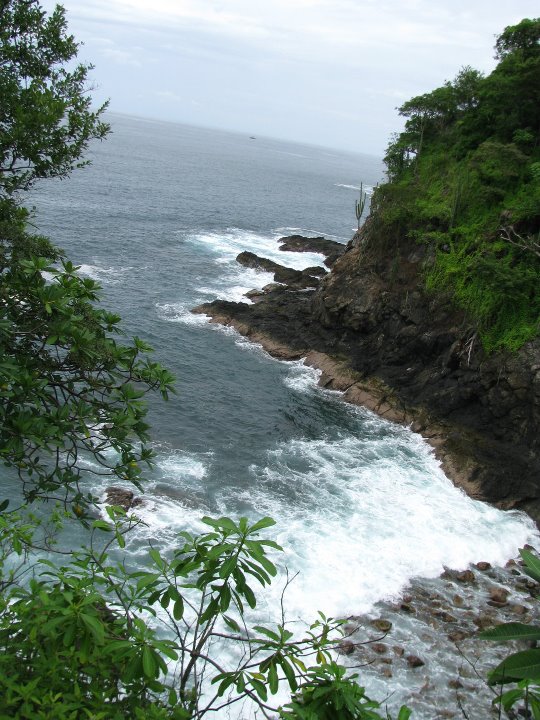 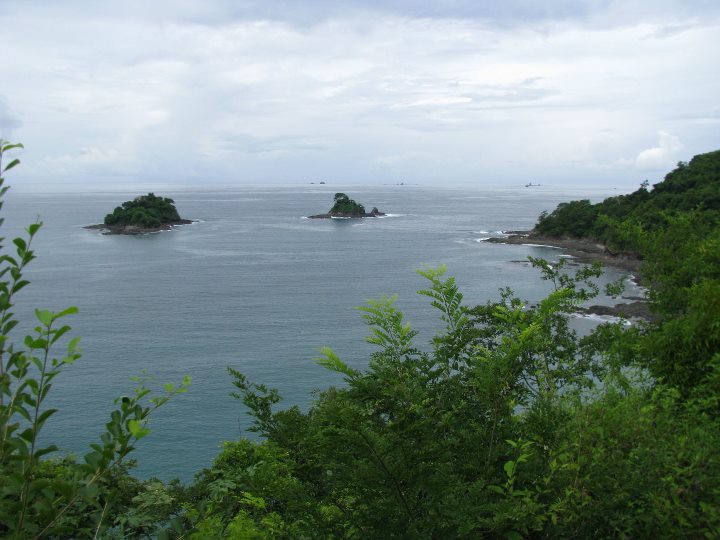 Afterward, I ate lunch at Lola’s, the restaurant next door, sitting at a carved wooden table overlooking the water. I had been planning on heading South to Nosara the next day for a date with a surfboard, but couldn’t bring myself to leave yet. I wanted to do it again. And try the paddleboard. 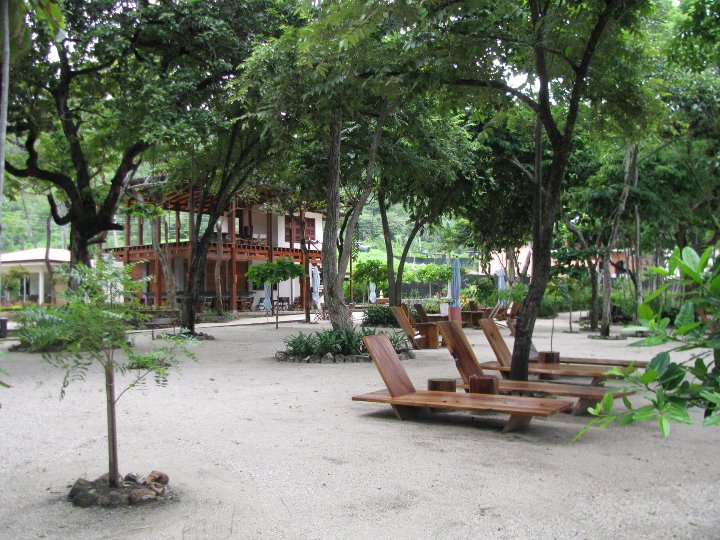 I came back the next day and rode the trail with my camera, stopping constantly to take pictures. I rolled back in covered in mud, bleeding a little and smiling uncontrollably. 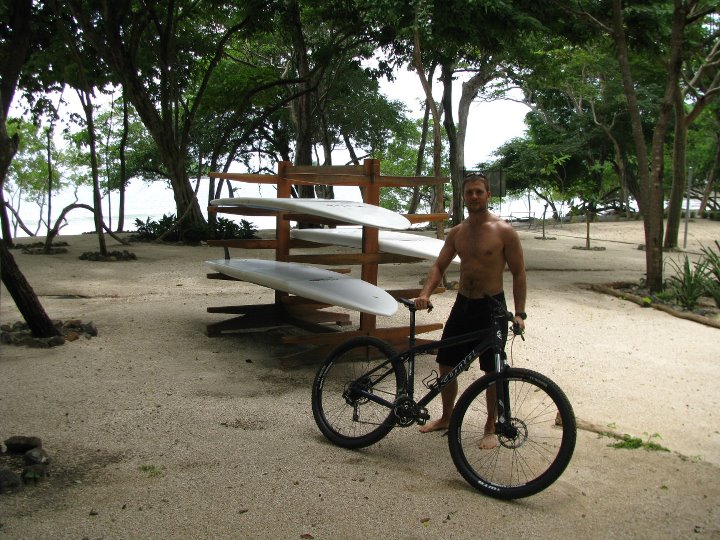 I passed the bike off to Martyn, the co-owner of the shop and he grabbed a stand up paddleboard for me. As we walked it down to the beach he explained to me the best route to take, around the outside of the islands, past the peninsula and into the bay on the other side. Two days before a couple had paddled out past the second island and spent almost an hour watching a whale feeding her calf. Even if I wasn’t lucky enough to see one on the surface, he said, if I hopped off the board and held still under the water, I could probably hear them calling to each other.

I paddled for two hours or so, again enjoying being the only human presence on the water and blissfully forgetting myself in a rhythm of paddling and sun. I stopped for a while at the islands, not seeing any whales but diving under the water and hearing for the first time in my life the sound of their singing.

Liberia is much closer to the coast and saves you the hassle of navigating the crowded central city of San Jose but typically costs a bit more and often has fewer flight options than the larger Juan Santamaria International airport (SJO). Consider both options.

Guanacaste and the Nicoya Peninsula are pretty remote. There are regular bus schedules, but I recommend renting a car. There are numerous companies available.

A random note here is that hitchhiking is quite common in this part of Costa Rica because people actually trust each other. If you’re in a rental car, expect to see a lot of people, both locals and tourists, thumbing for rides along the drive. I use it as a chance to practice Spanish with a new person every half hour or so.

Hotel Sugar Beach – Located less than five minutes from Pura Vida Ride, this is the closest and most upscale option.

Hotel Brasilito – About fifteen to twenty minutes from Pura Vida Ride, Brasilito is a much less touristy fishing community on the beach. Expect fewer gringos, cheaper beer and plentiful seafood.